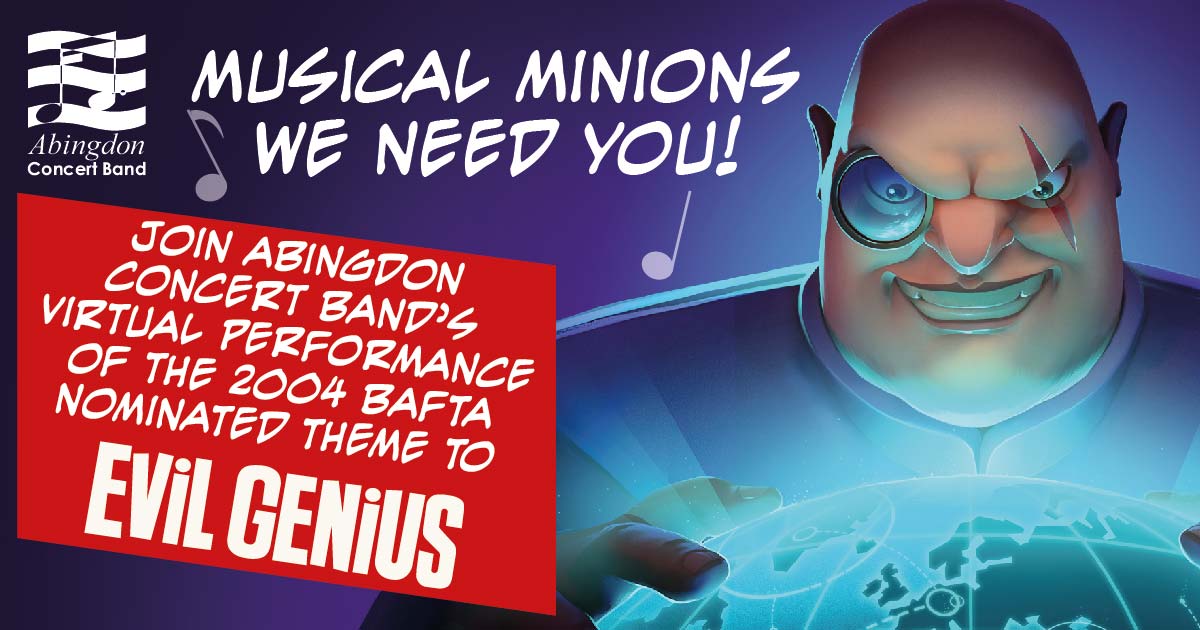 Take part in Abingdon Concert Band’s virtual massed band performance of the BAFTA nominated theme to the 2004 computer game Evil Genius. Composer James Hannigan kindly gave us permission to arrange the theme for concert band for this and the game designers Rebellion have kindly supplied some footage from the sequel game for us to use in the final video.

Have a listen to some of our other virtual band performances!