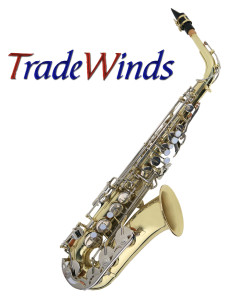 Abingdon Concert Band, in partnership with TradeWinds, are delighted to announce their inaugural Composition Competition.

Prize money for the competition is supported by a legacy left to the band by Robert Eccles, one of the founding members of the Band.

1st Prize £600
The winning composition will also be published and recorded by TradeWinds if it is of a suitable standard.
2nd Prize £300
3rd Prize £100

Compositions should be between 3 and 10 minutes in length and should be emailed as a Sibelius or XML file to: composition@abingdonconcertband.org.uk by Sunday 13 December 2015 along with the composer’s name, email address and telephone number. See the full rules below.

The Abingdon Concert Band and musical director Neil Brownless raised the roof at the Cornerstone Arts Centre in Didcot on Saturday 27 June with our summer Proms Extravaganza concert. An excellent and varied programme included a world premiere of Unsung Heroes, commissioned by the band in memory of a founder member and bassoonist Bob Eccles. Written by up-and-coming Welsh composer Tom Davoren this fine and melodious piece is well suited to the rich brass and woodwind sound of the concert band, and a great addition to their repertoire.

The evening also featured guest soloist Richard Bates performing the virtuoso trumpet concerto of Hummel, with the band giving a lively impression of an eighteenth century string orchestra. He also entranced the audience with his lyrical rendition of Philip Sparkes’s Flowerdale on soprano cornet and the Salvation Army favourite Share My Yoke on flugelhorn. The evening closed with a series of Proms favourites including Fantasia on British Sea Songs, Jerusalem and Pomp and Circumstance complete with enthusiastic audience participation. A rousing finish to the mark the band’s first visit to Cornerstone.

Catch us next back in Abingdon at the Yolande Patterson Hall on 12 December for our Christmas concert, this year presented jointly with Abbey Brass.

Tickets for our ‘Proms Extravaganza’ concert at Cornerstone in Didcot on 27 June 2015 are now available from the Cornerstone box office on 01235 515144 or online at www.cornerstone-arts.org.

Come along to our annual Playing Day on Saturday 7 February 2015 when members of the band are joined by other local musicians to spend a friendly and informal day playing a range of music for wind orchestra together. Find out more.

Our annual Christmas concert with music including Frozen, Wicked, An English Christmas, Troika, Fairytale of New York, and much, much more!

Tickets for our Christmas concert on Saturday 13 December 2014, are now available from the Newbury Building Society, West St. Helen Street, Abingdon, or the Bookstore, Bury Street Precinct, Abingdon or by e-mail from tickets@annashannon.com.

Tickets are also available to purchase online from Eventbrite. Tickets for our next concert on 15 November 2014, are now available from the Newbury Building Society, West St. Helen Street, Abingdon, or the Bookstore, Bury Street Precinct, Abingdon or by e-mail from tickets@annashannon.com 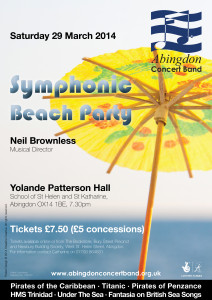 Over the summer we were approached by Dan and Kirstie of the 4bar Collective to contribute to one of their tracks on their first EP. The 4bar Collective is a UK based project that unites people through music. They travel the world, recording 4 bar loops from musicians from all walks of life and collate them into original, dynamic tracks whilst documenting their experiences and sharing them with followers of the project.

On Thursday 24 October we gave over half our rehearsal to record a total of 6 4-bar loops (including one full-band one) with little idea of what the final concept was going to be. Today, Track V, entitled Broken Coda, is released and you can see for yourself the amazing result.